After losing a close friend to cancer last year, running enthusiast, Emma Fickling was pleased to hear that her employer’s chosen charity of the year was Big C. This has given her the opportunity to channel some of her grief into fundraising efforts whilst securing a place on the 2018 London Marathon. This is her story… 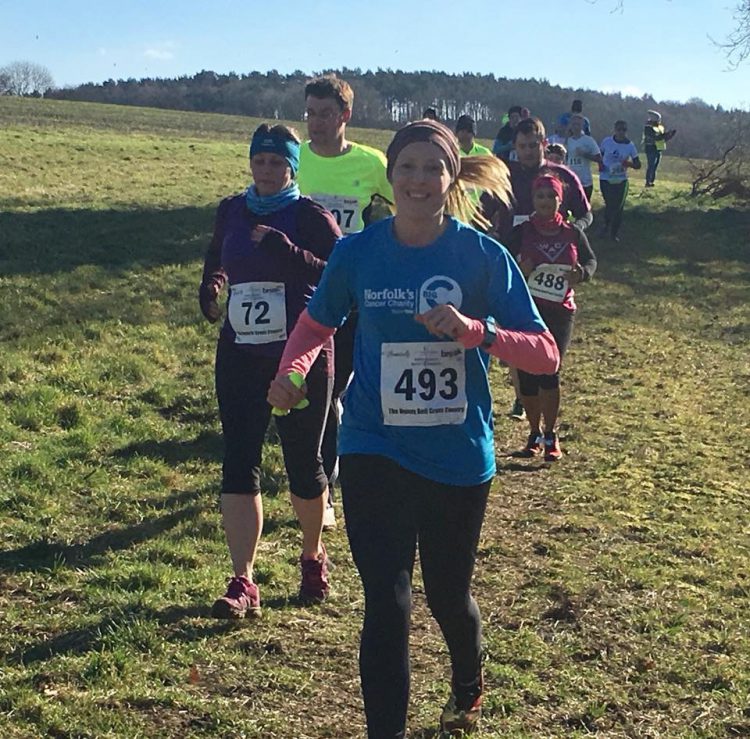 The Big C Centre meant a lot to my friend and her family. It was her sanctuary after all of her hospital appointments and chemotherapy sessions.

Having completed the London Marathon in 2006, Emma vowed that one day she would run it again. However, back then she hadn’t anticipated the motivation behind her second application.

Sadly, she lost one of her very close friends to cancer last year. She had first met her friend through the Wymondham Running Club. Incidentally, shortly after this time, Emma had also met her friend’s daughter at the running club, both of whom will be running the London Marathon this year, along with two other family members.

Participating in the London Marathon again seemed like a natural choice for Emma. She said:

“When I discovered that Alan Boswell’s Charity of the Year was Big C, it felt like the perfect opportunity: I would fulfill my pledge to run the marathon again, whilst raising awareness and funds to support others – turning a devastating loss into something positive.”

“Equally, doing something like this has really helped me to deal with a loss during what is still an upsetting time. Knowing that my fundraising efforts can potentially help people in the future has certainly helped to transform some of my grief.”

Emma’s friend had been unwell with breast cancer a few years ago prior to her last diagnosis. However, she had regained her health and even returned to running.

Emma told us: “The Big C Centre meant a lot to my friend and her family. It was her sanctuary after all of her hospital appointments and chemotherapy sessions.”

“So it was of course brilliant to see her come back and be so well again, but last winter she was advised to have the flu jab and she felt unwell a few days after this but it was another 4 months until she discovered that the cancer had returned after lots of tests, x-rays and a CT scan. It was devastating because we’d got her back and seen her shine and then it happened all over again. She wasn’t able to beat it the second time. Yet she was so strong and worked hard to be well – I was in total awe of her.”

Through losing her dear friend, Emma felt inspired to “help other people who suffer from this cruel disease”.  Emma told us that her friend was a fiercely kind lady and loosing her was a shock to everyone. Even when she wasn’t well enough to run, she was supportive during races and always helping others, even when she wasn’t very well.

“She didn’t start running till she was in her 50s. I always think of her when I’m running. If she could do that after a serious illness then I can work my way through this training – I won’t give up either. I will help others. She was a strong person, which is why it was so inspiring to me.”

Emma was also inspired by the Big C story and how our charity was first formed: When two young men from Norfolk found themselves having to travel to London or Cambridge for treatment for cancer. They often felt that this journey was harder than the treatment itself. They vowed that the people of Norfolk & Waveney would have access to the best treatment and support in their local areas.

“These are the reasons I am running the London Marathon. Plus, I have two legs that work and I am lucky enough to be in good health, so why not?!”

Emma’s fundraising target is £1,500 and she is feeling especially driven knowing that all her fundraising efforts will be spent supporting those with cancer locally. Helping people like her friend, allowing her to make a difference to them, in her memory.

If you’d like to donate to Emma’s London Marathon fundraising activities for Big C, simply visit her fundraising page here.