Big C has expressed thanks and hailed the incredible fundraising success of newly crowned Norwich City Fans of the Season 2020-21, Chris Reeve and Jack Reeve.

Last weekend, co-hosts of the popular You Tube fan channel, Talk Norwich City, streamed a 24-hour charity show which has raised a final grand total of £23,295 adding to the support they have given the charity over the past two years.

Tom Holmes, Events and Engagement Manager at Big C, said, “An enormous thank you to Jack and Chris for everything you have done for Big C this season and especially such an epic fundraiser last weekend! What a difference you have made to those with cancer and their families in our region.” 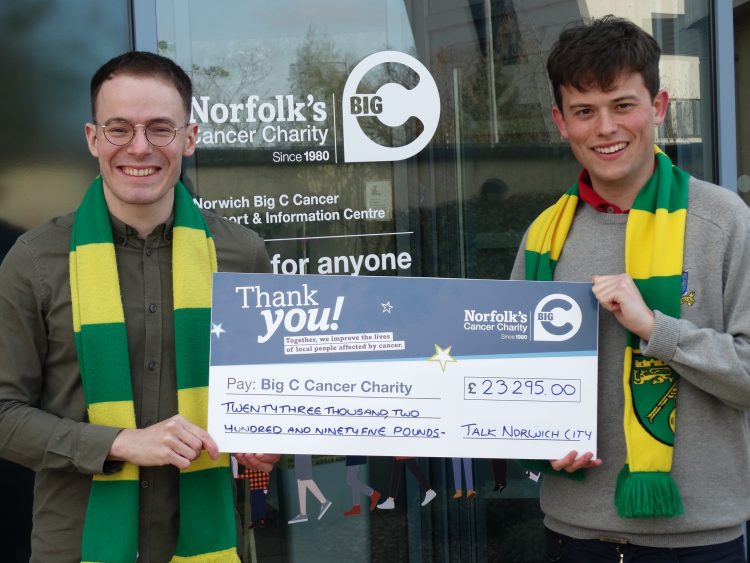